The Highcliffe Community Association is a Registered Charity – No: 278035

THE OBJECTS OF THE ASSOCIATION are to promote and advance education and to provide facilities for social welfare, recreation and leisure-time occupation so as to enhance the quality of life for those who live in Highcliffe and the neighbouring area.

THE ASSOCIATION is run by Members for Members and is entirely self-funding. Members give their services voluntarily for the benefit of all.

MEMBERSHIP is open to all residents of Highcliffe and the neighbouring area.

ACTIVITIES are many and varied and cater for most tastes and interests and are organized through Sections.

AFFILIATED GROUPS: Several local groups that operate in the locality and support the objects of the Association are Affiliated Societies.

FORMATION AND HISTORY OF HIGHCLIFFE COMMUNITY ASSOCIATION
The idea of forming a Community Association for Highcliffe arose out of the village celebrations to commemorate The Queen’s Silver Jubilee in 1977. The Association was officially formed on the 13th October 1978.

The principal protagonists were Mr. Leslie Boyland and Mrs. Phylis Sharpless, both of whom have been created President Emeritae of the Association in recognition of their unstinting work in establishing the Association in 1978. Before a permanent base could be found meetings were held in members’ homes or local church halls. But in September 1979 the Association secured a tenancy from the Dorset County Council of the former Old Church School premises in Lymington Road.

However that may be, in 1981 the County Council announced that they had a need for those premises for the establishment of a Youth Centre. This therefore left the Association “homeless” once again and it was at this stage that enquiries were made as to the viability of a move of the Association’s headquarters to Greystones House.

The activities available to members are many and varied (see Sections Activities). The ethos of the Association is that if sufficient members can demonstrate a need for a new activity or interest to be covered then a new Section will be formed. Members are encouraged to keep abreast of new technology. There are now 45 Activity Sections with the Arts and Music being very prominent. The Travel Section is also very popular with members, and holidays both in this Country and abroad are organized throughout the year. Every endeavour is made to afford members the opportunity of living a full and active life and to feel generally fulfilled in their common pursuit to live “where time is pleasant”. 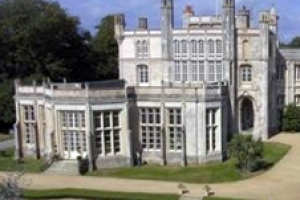