Highcliffe Castle has been described as arguably the most important surviving house of the Romantic and Picturesque style of architecture, which flourished at the end of the 18th century and the beginning of the 19th century. Its significance is recognised nationally by its Grade 1 status on the Statutory List of Buildings of Special Architectural and Historical Interest

There is an international importance, too. For a large amount of medieval French masonry, shipped across the Channel, was used in its construction. It is this Norman and Renaissance carved stone, along with the Castle’s Gothic revival features and ancient stained glass, that make it appear older than it is.

Built mainly between 1831 and 1836, the Castle is the realisation of one man’s fantasy. He was Lord Stuart de Rothesay, a distinguished diplomat who had known and loved the cliff-top site overlooking Christchurch Bay since he was a boy.

The magnificent building, once lavishly furnished in the 18th century French style remained a family home until the 1950s. In the late 1960s two fires rendered the building derelict and in 1977, to prevent futher deterioration, Christchurch Borough Council purchased it.  More information can be found at our Wikipedia page.

Today the Castle’s renovated exterior is testimony of the remarkable skills of craftsmen and women who carried out a huge repair and conservation programme in the 1990s, jointly funded by Christchurch Borough Council, English Heritage and with a £2.65 million grant from the Heritage Lottery Fund. In 2008 a further £1.2 Million programme of repair was completed to enable public access to the State Dining Room, Butler’s Pantry and East Tower.

The Castle is now a popular tourist attraction, community space and one of the most popular wedding venues in Dorset and Hampshire. 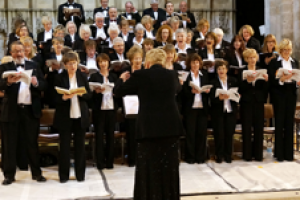 Fancy some festive listening?CADArts Committee Member Steve Docherty has made[...]

Coffee & Chat with Artists and Craftspeople

We sit together on Zoom and talk about artistic and[...] 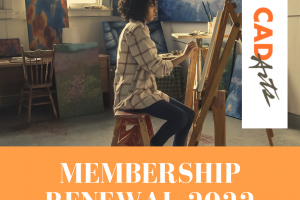 Membership Due for Renewal

Annual membership of CADArts is now due for renewal. Simply[...]