Christchurch Culture and Learning Arena (C.A.L), whose activities focus on the heritage of the Ancient Borough of Christchurch, are celebrated the receipt of a grant of £7,388 from the Heritage Lottery Fund (HLF).

The money went towards the commemoration celebrations in Christchurch of the 800th anniversary of the signing of the Magna Carta on Monday 15 June. King John was a frequent visitor to Christchurch Priory and the celebrations will include a re-enactment of his final visit.one of his visits.

The Mayor’s Parlour in the High Street and Saxon Square were the main centre of activities. A display of vestments and regalia were held in the Mayor’s Parlour while a Heritage Marquee in Saxon Square housed the Magna Carta Census Scrolls which visitors were encouraged to sign as a reaffirmation of the benefits of the Charter.

Christchurch History Society were on hand to provide information and a Heritage Trail was led by historian Michael Andrews around the ancient Plantagenet boundary. Pupils from Christchurch Junior School dressed in colourful medieval costume and Bournemouth Shakespeare Players portrayed the arrival of King John and his courtiers to deliver a charter for ceremonial signing in Christchurch Priory (courtesy of the Reverend Canon Charles Stewart). A peal of bells herald King John’s departure towards the Constables House to deliver the Charter.

King John’s itinerary include the Constable’s House, where he stayed in 1215 and a stone-mounted plaque financed by the Heritage Lottery Fund grant was unveiled to commemorate his visits,. After banqueting and entertainment on the Bowling Green area, courtesy of the Kings Arms Hotel, the Plantagenet Crier will led the Royal entourage to the Saxon Cross and the Mayor’s Parlour balcony before departure.

In the week prior to the event the Hayloft Gallery in Wick Lane offered free workshops in the ancient crafts of calligraphy, spinning and weaving, medieval bag making and the Bayeux tapestry stitch and preparations began for Christchurch’

Throughout the week beginning 15 June Christchurch Priory hosedt an art exhibition by its four local schools entitled ‘800 years of cultural heritage’ and also hold a number of musical events, including a Choral Evensong and an organ recital.

In addition to the HLF grant, which contributed to specifically designated fund of the activities in the event, Christchurch Council provided £500 of funding. 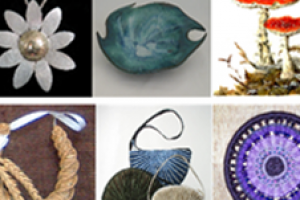 DACA, Dorset Arts and Crafts Association DACA is dedicated to the[...] 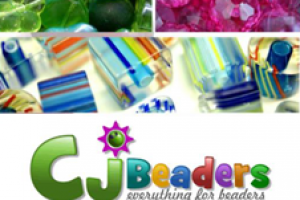 Information here about the group - a couple of short[...]