Why not join us this year on the banks of the picturesque River Stour on Christchurch Quay? It’s an opportunity to relax and listen to some of the best Jazz in the region, from bands you may already know and love, to bands you may not have heard of.

One of the things that makes Stompin’ special is its appeal to all ages, from toddlers through to nonagenarians, and everyone in between, with plenty of entertainment for everyone. Checkout the details on this website, and we hope to see you on Saturday 3rd August 2014.

If you are coming along, please have a quick look at our Families & Essential Information page on our website http://www.stompin.org/

Stompin’ on the Quomps is a music festival situated in the picturesque surroundings of Christchurch Quay, Dorset.

In the early 1990’s the Council Arts Officer, the late Suzette Sulley, conceived the idea of a community concert. With the involvement of the leader of the local big band Adrian Dwyer, the concept of hosting a community concert on Christchurch Band stand was born.

In its formative years the event was part of Christchurch Regatta, sponsored by The Regent Centre, the audience comprising of a handful of people, and a dog . . . and dogs don’t like jazz.
But very rapidly the event outgrew the regatta, becoming what is today one of the largest events of its kind on the South Coast of England. 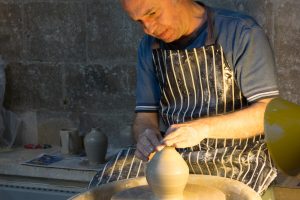 The date is set for the Living Craft Exhibition to[...]

The Little Craft Shack is a creative community of local[...]